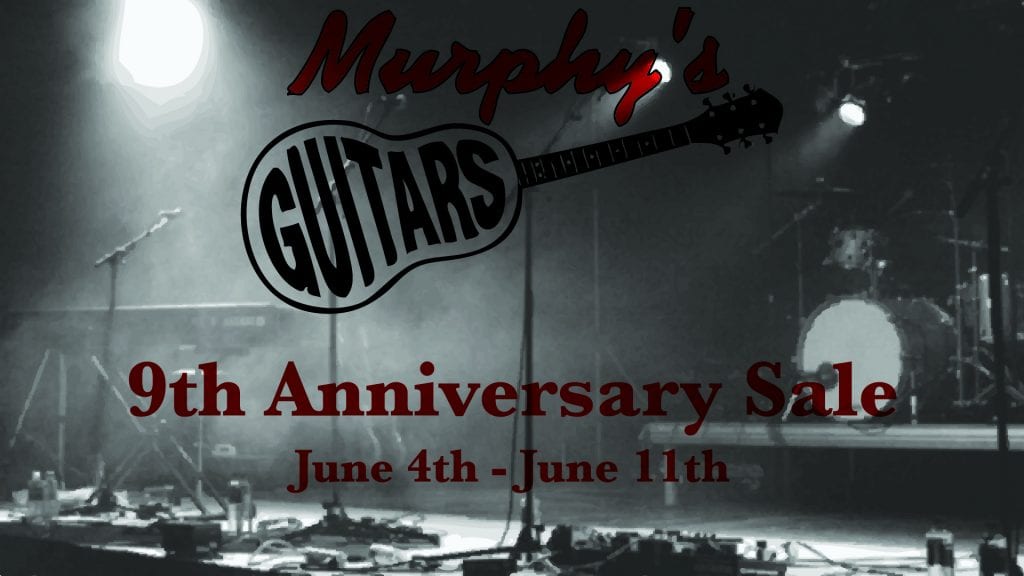 Murphy’s Guitars is celebrating its 9th anniversary, with great deals at our annual anniversary sale

Murphy’s Guitars would like to thank our loyal customers, and the great community of musicians in the Salt Lake, Bountiful, Ogden, and Davis County area by offering unbeatable deals this year for our store’s anniversary sale! We’ll be offering unbeatable prices, deals, and prizes from June 4th to the 11th such as:

Everything kicks off on June 4th at 10AM. Be there early, and bring your guitar for special one day only deals like:

This year has been a big one for Murphy’s Guitars. We’ve been steadily growing our inventory, and filling up all of our new floor space. We’ve expanded our online store, and we’re happy to say that Murphy’s Guitars is going stronger than ever. With the help of our local community, and all of the great musicians residing in the Salt Lake Valley, all of Utah, and even into Idaho and Colorado we were able to get back a guitar that was stolen from our store. Murphy’s Guitars would like to sincerely thank everyone by offering sales, specials, prizes, and so much more to the great community that has had our back for the past 9 years.

Thank you all so much for your continued support, and don’t forget to wish Murphy’s Guitars a happy anniversary on social media, and in store on June 4th 2016